MacOS has recently notified me that a system update would not be performed because I did not have 12 GB of free space in my disk. That was true, I actually had 7.

I know that with a 120 GB SSD I’m definitely not a large landowner of disk space. The thing is I only use my MacBook Pro for work purposes. No pictures, no movies, no music (only Spotify) and no games.

Since I’m a programmer working at Konduto, a company that uses machine learning for fraud prevention and therefore works with very big files, I imagined a database dump or large CSV could be the cause.

Turns out that was not the case. The folder where I store work stuff takes a modest 3 GB of disk space, much less than what I was expecting.

Did I accidentally put something really big on Dropbox on another device and it was synced to my MacBook Pro?

Nope, that was not the case.

Out of ideas, I went to “About This Mac” (click on the Apple icon on the left side of the OS toolbar) and then to the “Storage” tab.

There was nothing there that really stood out, except for the reported System size: a whopping 87 GB. Wat? 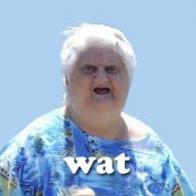 I opened up iTerm, went to the OS root and ordered folders by size:

What this comand does is display folder sizes (du) in a human readable format (e.g 24K, 15M) and sort the result from smaller to bigger based on that human readable output (sort command’s h flag). Since what I wanted was to see the largest ones, I reversed the order using the sort command’s r flag.

The /Users folder was the largest one. So I went into it and typed the same command.

After repeating the step above for each of the largest folders, I ended up at /Users/rsampaio/Library/Containers/com.docker.docker. That folder size was more than 50 GB.

How to reduce disk space dedicated to Docker?

Good news: I found the culprit.

Bad news: I didn’t know how to reduce the space dedicated to Docker.

Luckily, Docker has an outstanding documentation and I found the answer to my problem there. 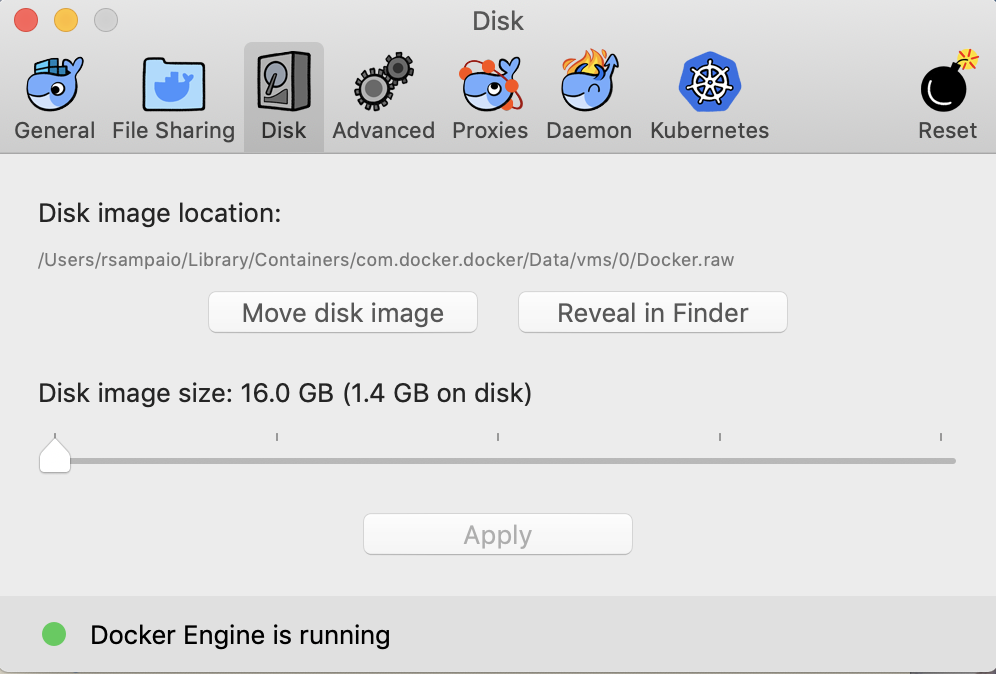 By moving the Disk image size slider back to 16 GB instead of 64 drastically reduced the size of /Users/rsampaio/Library/Containers/com.docker.docker to 1.3 GB.

And this was the end result: 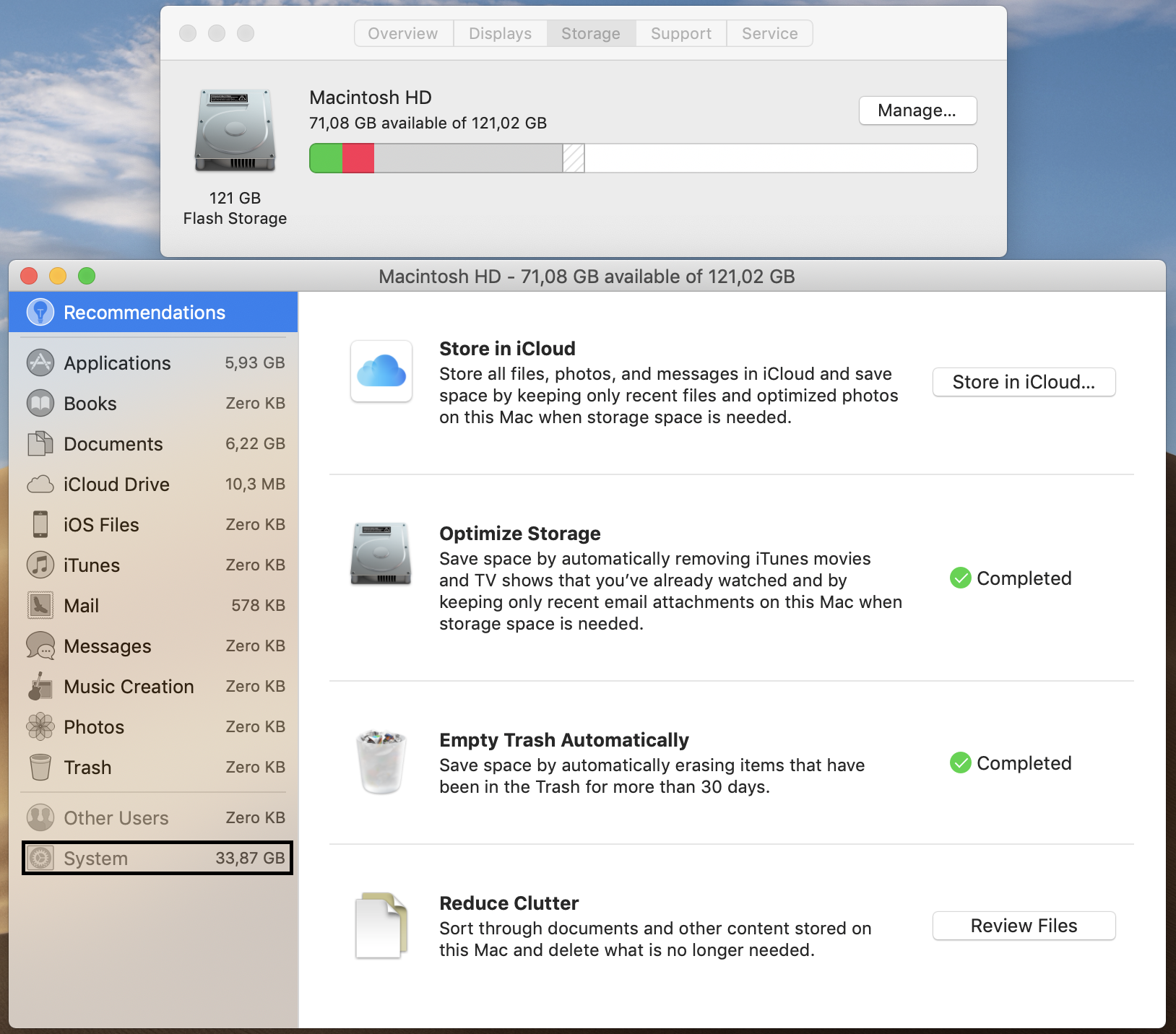 Warning: If the maximum size is reduced, the current file will be deleted and, therefore, all containers and images will be lost (https://docs.docker.com/docker-for-mac/space/)